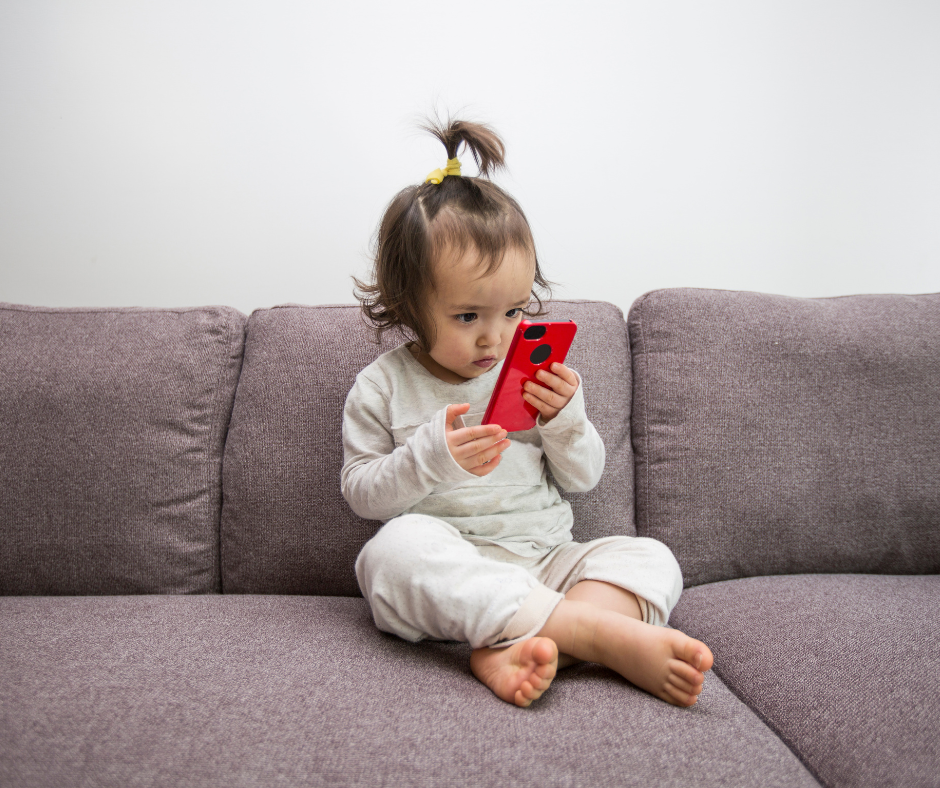 Just Say No to Screen Time!

Screen time is not good for young brains.

When it comes to building babies’ brains one of the most important things you can do as a parent is to  say no to screen time. The official recommendations by the American Academy of Pediatrics (AAP) say that babies from birth to 18 months of age should have zero screen time.

Babies from birth to 18 months of age should have zero screen time.

Additionally, the only screen time recommendation for toddlers 18 months to 2 years of age is “video chatting.” Lastly, the AAP says that children ages 2-5 years old should have only 1 hour or less of screen time a day. This hour should be spent with the parent participating alongside the child, and only with quality educational programs such as Sesame Street or PBS. Parents do not realize that many apps and programs are not appropriate for young children, nor have they been properly checked out by real child developmental specialists. It’s important to remember that great marketing does not mean the same thing as certified professionals giving a stamp of approval. Keep that in mind and don’t be fooled by flashy advertising.

When the phrase “screen time” began popping up years ago and smart phones seemed to be in everyone’s hands. As a pediatrician, I became quite concerned about what I was seeing in the interaction between parent and child. I noticed less playing together, less hands-on interactions and less physical touch such as hugging or sitting in parents’ laps, to name a few. In other words, I didn’t see the same parent-child connections I was used to seeing , especially with very young children. When I would start a conversation about these observations, I would get the following responses: “The kids want to play their games on the tablet or phone”, or “It keeps them busy; it gives me a moment of peace to get something done or just have a cup of coffee. What’s the harm in that?” and “Look what they are “learning” on the tablet. They can operate my phone better than I can! What’s the big deal?” While I feel that no parent would purposely do something to harm their child’s development, I have seen how parents can be sucked into this technology, thinking it will actually help their child in their development.

With that being said, I completely understand wanting a moment of peace to yourself, especially with toddlers and preschoolers (I had twins, so I remember the chaos! I feel your pain!) However, it is important for you to understand the associated pitfalls of screen time for developing brains.

Babies and toddlers learn best with hands-on interactions and experiences.

Believe it or not, even young babies are learning something all the time! They are like little sponges soaking up the world around them, and that world around them needs to be “in real life.” They learn so much by having someone talk to them, smile and laugh with them, hold and cuddle them. It makes sense, right? Watching a flat screen on a tablet, phone or tv does not give the kind of crucial feedback that a real live person does.

Let’s break it down a bit. The four areas of development for babies and young children include:

Each of these areas sets up success for babies and beyond as they grow and develop into little people. Research tells us that young brains cannot transfer knowledge from something 2-dimensional (meaning a TV, phone or tablet) into real world interactions. Young babies love hearing voices and seeing facial expressions – it is how they learn language as well as clues from your face to learn how feelings “work”. Babies and young children need that vital interaction with their parents and caregivers for their brains to literally develop and grow. For example, someone may think, having the TV on in the background seems like no big deal, right? However, this has also been proven to decrease real life interactions and is very distracting for young brains. Your child’s brain is like a complicated machine and is constantly filtering so much information in the surrounding environment. Background TV is like an annoying insect flying around your face – distracting and making it difficult to focus!

What are some examples of those real life interactions? Anything that has you and your baby, toddler or preschooler doing something together…it really is that simple! Activities you can do include: 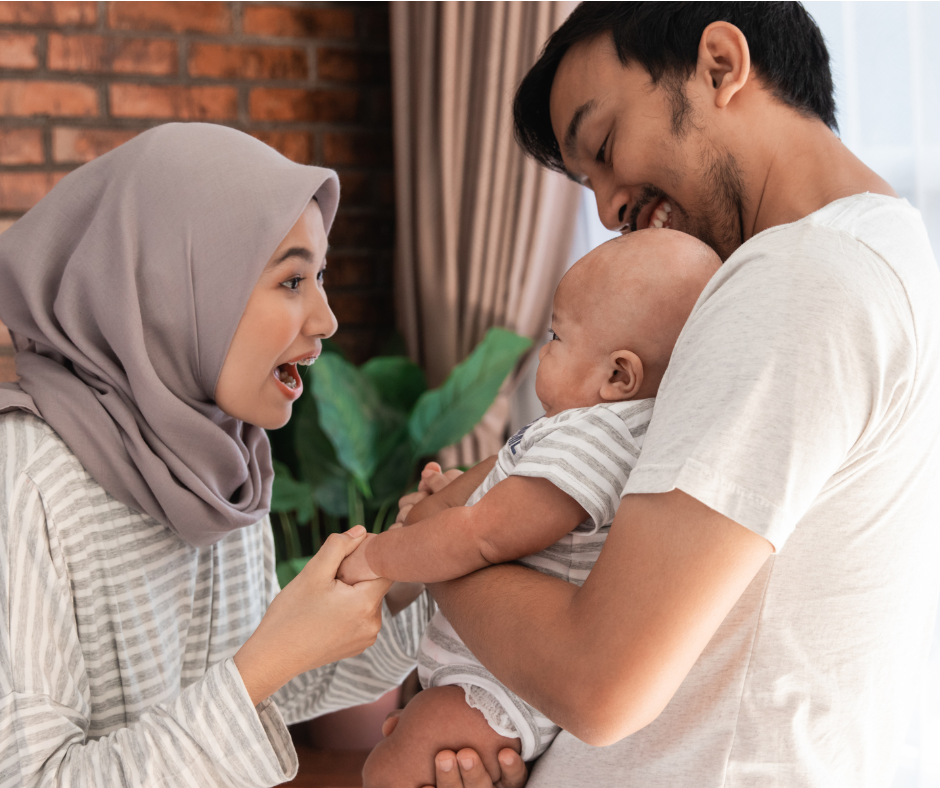 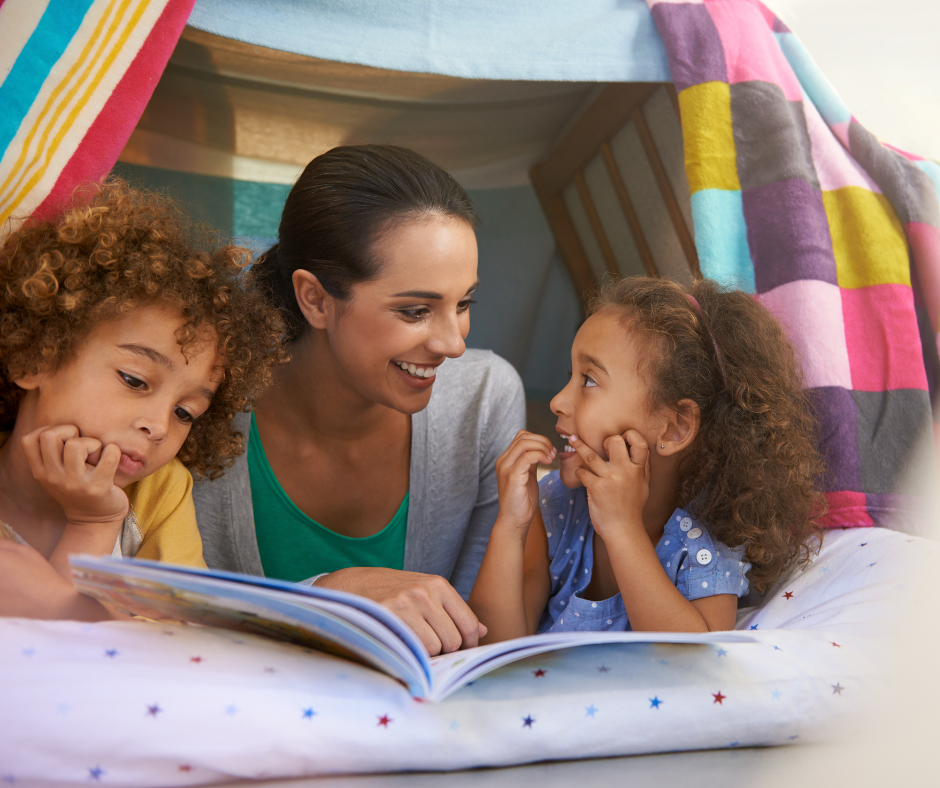 These are just a few suggestions and if you noticed, none of them involve fancy flashy, battery operated or plugged-in devices. These also don’t have to take an enormous amount of time. Get creative and use things in your home. I promise what your young child wants more than anything is to be with you and learn from you. There is no screen anywhere that can substitute for that. Like mentioned earlier, just say no to screen time…and instead have some simple fun in real life with your beautiful baby, toddler or preschooler! From a Dr. Mom to my fellow moms (and dads!) I promise you and your child will love it.

Sign up to receive regular updates and new resources!

Take the Child Development Survey by answering questions based on what your child is able to do at their current age. Then we will provide you with a personalized list of resources that can help your child thrive in Kindergarten. 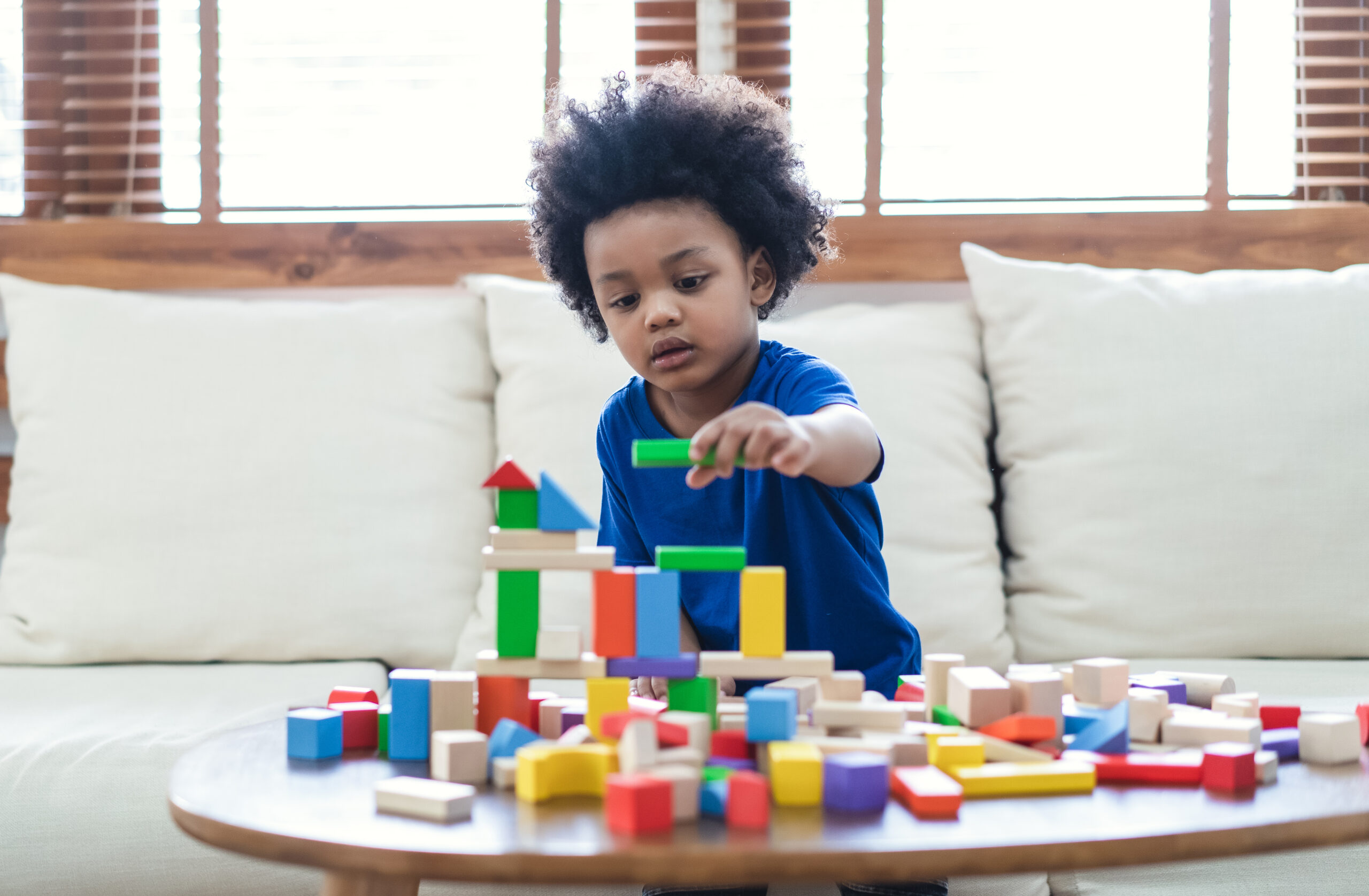